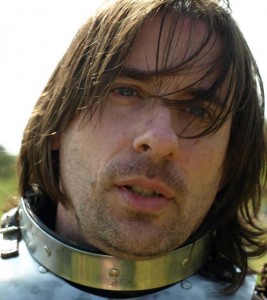 I was born just after man landed on the moon. I grew up with New Wave and Friday Night Videos as the soundtrack to my teen years.  My first computer was a Commodore 64 that I bought with money I earned from Sea Cadet camp.  I was a geek when it wasn’t cool, tapped into an international FidoNet and an Internet no one knew about at 1200 baud.

My Mom was a Navy Wife; my Dad was an Officer and a gentleman.  I stole my Dad’s National Geographic and Popular Science magazines.  My Mom gave me her wisdom, patience and and enough rope.

The Berlin Wall fell during my first try at University.  I served during the Persian Gulf War as the first shocks of the New World Order started rippling outwards.

I was married, had a wonderful son, and divorced. I’ve gotten remarried, to an amazing friend and bright light in my world.

I’m a 25-year IT proffessional that started with NetWare.  I’m an entrepantuer, running the JKL-5 Group.  I’m an author, writing The Sauder Diaries.

I’ve been around the world in 180 days. I’m thinking about building an Earthship.  I still fight with swords.

I’m a bit complicated, a bit hard-nosed and a bit soft-hearted. My friends are my awesome.

3 thoughts on “About Me”