MRV: Hi, Wenona! Thanks for taking a few minutes to talk with me and the readers at Split Horizons.

WH: Thanks for asking me to chat with you.

MRV: I don’t usually do author interviews, but I understand you’ve hit a special milestone. You’ve hit one year as a published author. Can you tell us how that feels to you?

WH: It feels fantastic. A year ago I would have never dreamed that I would be on the verge of publishing my 3rd book right now. I was just happy then to say I’d finished one project.

MRV: My personal experience is that getting published really does fall under the heading of “Strange Adventures” … can you tell us a bit about your first project to the press and what it was like? 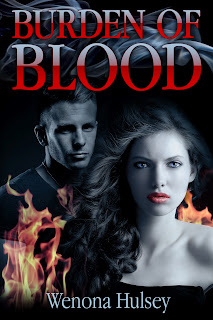 WH: Oh the strange adventures I’ve had too. After hitting the publish button on Blood Awakening I was like “Now what do I do?” So I began picking the brains of some fabulous author friends then I started the “Beg for Reviews” stage. It’s amazing how much weight those 5 little stars have beside my book title on websites.

MRV: So you’ve got two books out now in your first series, “The Blood Burden”. Can you give us a 3 or 4 paragraph summary of the story arc so far?

WH: Nicole Keenan is a typical southern girl who is morning the loss of her mother. At the push of her best friend she takes a weekend trip to Florida where she meets a great guy. But the budding romance is quickly overshadowed by a man who haunts her dreams and eventually her reality as he comes to set a chain of events into motion by awakening a sleeping power that was hidden in her families bloodline centuries ago.

After this encounter she starts to gain confusing abilities that allows her to hear the tainted thoughts of others which she learns to deal with by becoming a police officer. But the more her life is put in danger the more her powers evolve revealing who and what she really is.

Guided by ancient warriors and a gothic fairy she learns about the path her life is on and what will happens if she turns her back on her destiny.

MRV: So where did the idea come from?

WH: From my twisted mind and several months of binge reading any book labeled “Paranormal Romance”. Honestly, I love the paranormal elements in books and realized that Fae legends hadn’t been saturated like vampires or werewolves so I started writing something that I hoped would be new and exciting.

MRV: What sort of research have you done for your characters, your setting and your plot?

WH: To be honest the search history on my laptop would be an FBI agent’s worst nightmare. I’ve researched every thing from Irish legends, Fairy legends, fire arms, military strategics, and even the proper dosage of a drug that can immobilize victims without putting them to sleep. I wanted my books to read as authentic as possible so I spent a lot of time looking up facts.

MRV: I saw that you’re currently in eBook format only right now, on Amazon. Where else can they get your eBooks? Are you considering a trade paperback edition?

WH: Currently they are only available in ebooks via Amazon but I am in the proofing stage for the paperback copies. I hope to have them ready by the end of the summer. 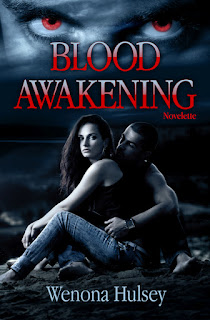 MRV: Will there be a third book? Can you talk about it a bit, if so?

WH: Yes there will be and I’m super excited to say that it will be available on Amazon July 14th, 2012. So just a few days away. This will be the exciting concluding to the building war the Nicole has been pulled into.

MRV: Any plans for a story not related to your current series?

WH: I do have another manuscript written and in the second draft stage but I’m hesitating on releasing it. It’s not my typical genre so I’m thinking I may disappoint my fans by venturing away from paranormal romance. So right now I’m going to keep reworking it and mulling the story over until I decide when, if ever, to publish it.

MRV: When you’re writing, what’s your “ritual” for getting words on paper?

WH: I usually put some music on that reflects the type of mood I’m trying to write then I go for it. I still work a full time day job so I just try to take advantage of every quite moment I get to write which is usually late at night.

MRV: What do you think of book trailers? Do you have one for either of your novels?

WH: I do have one for the series but I’m not sure how I feel about them as a promotional tool. It was fun to make and it’s nice to have on my website but I don’t think it has had more than a hundred views since I posted it three months ago.

WH: Sure this should be easy!

MRV: Who inspired you?

WH: My children inspire me to write. They are always so excited about trying new things and I realized I used to be that way—fearless.

MRV: What convinced you that you had the chops as a writer to publish?

WH: I let a lot of people read my first book before I turned it loose. Not just family and friends but writers that I admire and after some wonderful feedback and a few pats on the back I knew I could do this. I love writing to much not to do it so there was really no giving up for me.

MRV: Give us three other authors who are peers of yours that you think folks should pay attention to right now, once they’ve read your stuff?

WH: Oh, narrowing it down to three is going to be so hard. So I’ll go with three of my most recent reads by three wonderful authors that are also wonderful people—Julie Titus, Sarah Ross, and Lisa Ryans.

MRV: What’s the funniest thing that has come out of you becoming a writer?

WH: The funniest thing is the assumption that because I’ve published two books I’m rolling in money. I have people hinting at me often about borrowing money. Don’t get me wrong, my books are helping to pay the bills but there are no vacations to France planned just yet.

MRV: So where do you hope to be a year from now?

WH: Wow, I never expected to be so blessed just one year in so it’s hard to picture the end of my second year. My goal is publishing three more books—two more in the series then a stand alone. If I reach that I will be a happy writer.

MRV: Get linky with us … how can readers and fans-to-be catch up with you on social media?

WH: Just want to say thanks again for talking with me about my publishing anniversary. It has been a blast!

MRV: Thanks for joining us at Split Horizons!