Again today I was treated to another “go get ’em tiger” writer-motivation tweet about how many times some famous author was rejected before finally being accepted by a publishing house and going on to fame and fortune. I’m sorry, that doesn’t make me feel motivated. It makes me feel mad. Allow me to explain.

When I first considered being a writer, 20-ish years ago, I would have been leaving a word out of my job description. That word would be “starving”. This was well before Web 1.0, let alone the interactive people-published world of Web 2.0. So, if you wanted to be published, you depended on agents and publishing houses; gatekeepers.

The Gatekeepers, much as today, are the ones which curate the literary world. They decide, based on their own proffessional experience, what story will make their company profitable. Literary history is littered with their gaffs, as you can see from some examples over at “http://www.dailywritingtips.com/famous-books-rejected-multiple-times/“.

The one that kills me is “You’re welcome to Le Carré; he hasn’t got any future.” Hello? The man that wrote “Tinker Tailor Soldier Spy

“, amongst others? Judged as being without value as an author?

This tells me the system was, and still is, at least somewhat broken.

Part of it, I know, is time. For most people, it takes around two days to read a novel. In 2002, over twenty-five thousand fiction-category books were traditionally published in America. By 2006, that number was almost forty-three thousand. The expected number will be around sixty thousand for 2012. One publisher I looked into openly tells new authors it will take six months to get around to reading their submission, just because the publisher is drowning in submissions. 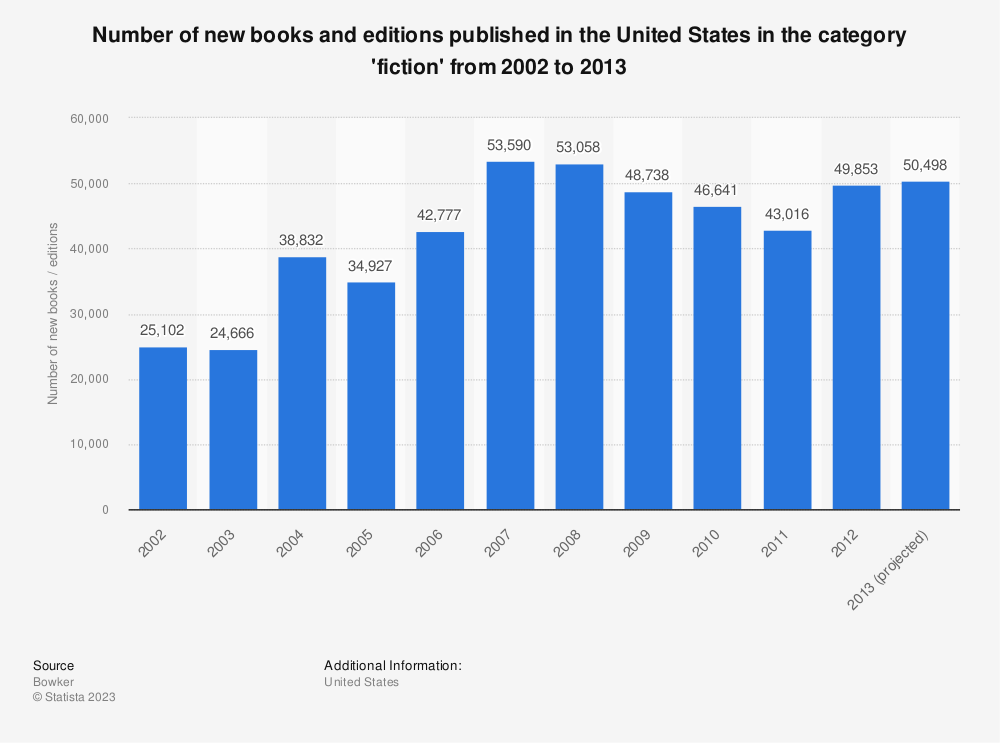 That means that for 2012 the screening process alone will require traditional publishers to arrange for between a half-a-million and a million person-hours of reading and report writing, just to get in their door what they will actually publish. Its a massive scale problem.

“I’d say that I roughly request to see one full manuscript per every 100 queries I receive in my slush. But that # can vary widely”

So 60,000 published novels implies 6,000,000 inquiries that have to be evaluated by professionals like Linda.  The ones that make that first test then have their manuscripts evaluated.  The best of those are what gets published.

Even if their curators/ gatekeepers only make a judgement mistake one time in a ten thousand, that means that every year, more than 60 new Le Carrés, Kings and Orwells get told their material is unsaleable and therefore unpublishable.

This is where I think self-publishing is of real value, to both the writer and the traditional publisher. The concern, for both sides, is saleability; will anyone buy this? For “The Sauder Diaries – By Any Other Name”, the ~$15 price before shipping has little less profit in it than the Kindle version at $5.75. The bulk of the cost of the book is getting it printed and onto the truck. That’s a heck of a risk for someone to assume on a five-thousand copy print run.

Incidentally, at the time of this writing, my Kindle sales have out done my trade paperback sales 10:1. Thank Heavens for “Print On Demand” services.

So, if I’m really all that good, over time one would expect “By Any Other Name” and the upcoming “A Bloodier Rose” novels to percolate into a couple of Amazon’s top 500 or maybe even top 100 lists. This is a great indicator to a traditional publishing house that I’m a saleable author. The readers have voted, which takes all the guess-work out of the gig for traditional publisher.

This is the world that is coming. Amanda Hocking and E. L. James are its heralds.

In the meantime, however, every day sees another slew of rejection letters sent out by the gatekeepers. Some of them land on the fridge doors of Le Carrés, Kings and Orwells, who may or may not just decide to give up at that point and go do something else with their lives, and put that dream of being published away.

And that possibility makes me mad.

One thought on “Lost Le Carrés”